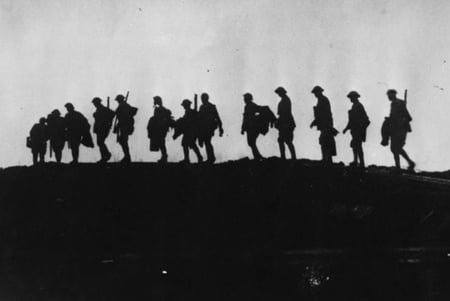 This week marks the centenary of the First World War which ended on November 11th 1918.

With an estimated nine million combatants and seven million civilians dying as a direct result The Great War was one of the deadliest conflicts in history and precipitated major political changes, including the Revolutions of 1917–1923, in many of the nations involved.

It wasn’t until April 6, 1917 that the US became involved when then-President Wilson asked Congress for "a war to end all wars" that would "make the world safe for democracy".

Ever since, The United States of America has stood for democracy and all that it represents, like Freedom of Speech.

When we look at the US today, we see developments that are out of line with that tradition: Trump firing Jeff Session, most likely because he wants to stop the Mueller probe and Jim Acosta having taken away his CNN reporter pass after asking challenging questions. Using ministers to pursue personal interests and banning the challenging press from the White House is the beginning of something which does not look like a healthy democracy.

Let's, while commemorating the end of WWI, look back on how things spiralled into catastrophe. Didn’t Europe simply sleepwalk into it? We should remain vigilant and not let history repeat itself.

Lloyds woke up and smelt the coffee

Lloyds Banking Group plans a major restructuring of its workforce, adding 2000 jobs, as the Group refocuses its operations on digital technology. Redsnap considers this a bold move, considering that other UK banks are rapidly laying off staff. For example, Barclays is far from expanding in the UK and moving large parts of its operations to Dublin. LBG is presumably aiming to take head on the challenger banks. But does their reaction come in time? Shouldn’t they have acted earlier? Redsnap thinks that they are late to the party, but not too late. Let’s give them some credit for their digital strategy.

RedSnap on the move

This week RedSnap reached the milestone of creating, and presenting, the digital strategy for an internationally operating bank. We are ramping up to implement this strategy in the near future. Both parties are thrilled with the progress and geared up to move ahead.

Other exciting news; we're moving into a bigger office in Naarden Vesting. We can’t wait to move in on the January 1st!